Below are all our previously published articles and news items - blog posts will be included here too.

There are also 2 wordpress blog sites which we previously used and for whom content is still available, although they are not currently being updated:

View from the Gravy Train 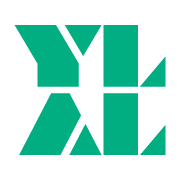 Today I attend court with a mother in a case where the father is seeking a child arrangement order to have contact with their children. We first meet at the Personal Support Unit office where I am informed of the details of the case so far. The stage we are at today is the final hearing. As volunteers are not assigned to cases just individual hearings, the client expresses how exhausting it is to explain and relive emotions to a new volunteer at every hearing.

Welcome to our update of the latest legal aid and access to justice news from January 2018.

David Gauke’s appointment as the Lord Chancellor: On 8 January 2018, following Theresa May’s cabinet reshuffle, it was announced that former solicitor, David Gauke MP, would be the new Lord Chancellor. He became the sixth Lord Chancellor in six years, and the first solicitor to be appointed to the post.

Introduction by Andy Slaughter MP for Hammersmith, vice president of the APPG on Legal Aid.

Welcome to our update of the latest legal aid and access to justice news from December 2017.

Response to the Bar Standards Board Consultation on Future Bar Training

On 20 December 2017, YLAL responded to the latest consultation by the Solicitors Regulation Authority (SRA) on its plans to introduce a Solicitors Qualifying Examination (SQE).

The consultation, 'Looking to the future: phase two of our Handbook reforms', concerns a number of issues, including the introduction of the SQE and the streamlining of the SRA’s current character and suitability requirements for solicitors.

You can read our response to this consultation below.

The new Regulations, which will come into force on 8 January 2018, will remove the five year time limit for evidence of abuse and introduce new forms of acceptable evidence, including from social services, medical professionals and domestic violence support organisations.

Welcome to our update of the latest legal aid and access to justice news from November 2017.