Andy's told us why he thinks early legal advice is so important:

Welcome to our update of the latest legal aid and access to justice news from April and May 2019.

Legal aid for Shamima Begum: On 16 April 2019, various newspapers reported that lawyers for Shamima Begum, the Bethnal Green schoolgirl who travelled to Syria to join ISIS at the age of 15, had been granted legal aid to challenge the Home Office’s decision to revoke her British citizenship.

Paul is the @MoJGovUK #LegalAid Minister.

Paul wrote about his experience for the Ministry of Justice on Medium.

In this, Paul says: 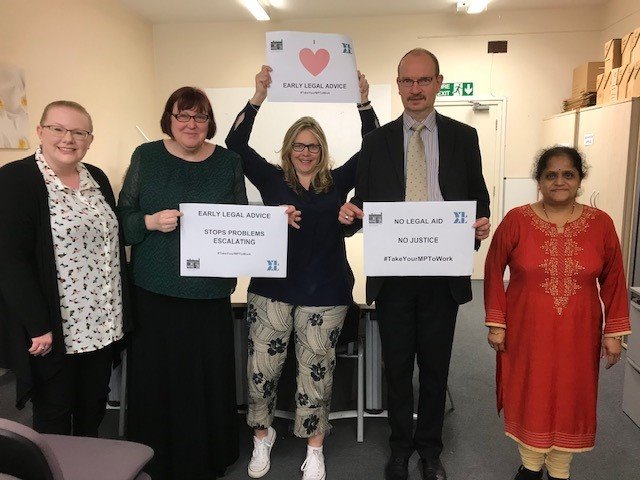 On 20 June 2019, YLAL Midlands hosted an event on the law relating to refugees and migrants and the increasing difficulties that individuals face in seeking safety or a better life in the UK. We also began discussions on building networks between lawyers, charities and community groups to empower individuals seeking to exercise their rights.

YLAL submitted the following responses to the Ministry of Justice's survey on the Housing Possession Court Duty Scheme (HPCDS):

Considering the scheme as a whole, are you able to give examples of what works well?

On 10 April 2019, Parliament held a debate on the availability of legal aid for bereaved families at inquests, particularly those in which State agents are legally represented. Attached to this page is a helpful summary of the issues raised during the debate . YLAL are grateful to volunteer Freya Oldaker for preparing this summary.

Young Legal Aid Lawyers (YLAL) welcomes the publication today (22 May 2019) of the final report by the UN Special Rapporteur on Extreme Poverty and Human Rights, Philip Alston, following his visit to the United Kingdom in November 2018.

The UN Special Rapporteur rightly states that legal aid has been "dramatically reduced" in England and Wales since the introduction of the Legal Aid, Sentencing and Punishment of Offenders Act 2012 (LASPO). The report notes that the number of cases funded by civil legal aid "declined by a staggering 82 per cent between 2010-11 and 2017-18".

Welcome to our update of the latest legal aid and access to justice news from March 2019.

Following his death in January 2018, the Sir Henry Brooke Essay Prize seeks to honour the legacy of Sir Henry Brooke, a former Court of Appeal judge who became a tireless campaigner on issues including access to justice during his retirement.